You Will Fail – So Fail Spectacularly 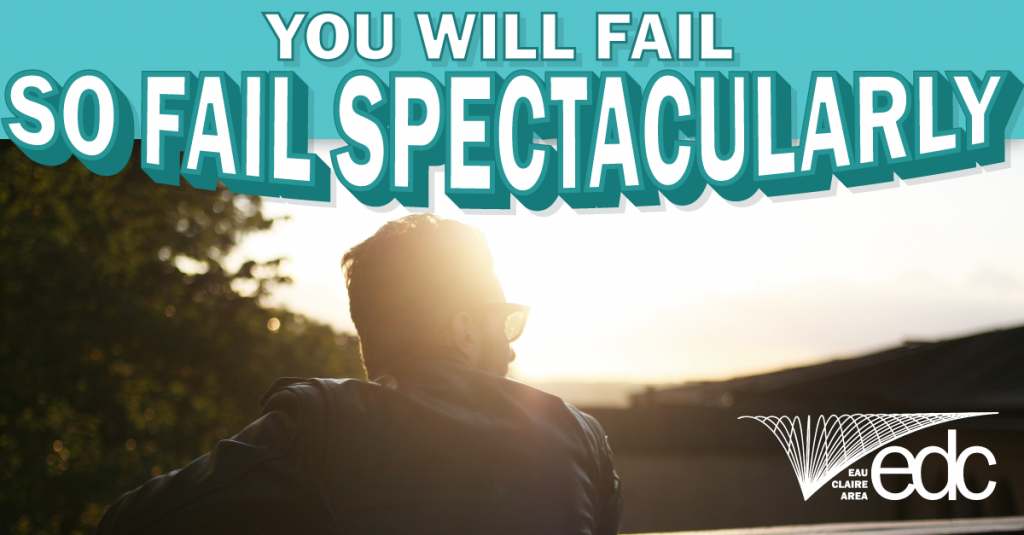 Cleaning up your work area isn’t the top ranking “other duties as assigned” task for most individuals.

Cleaning up after a day (or weeks or months) of failure?

That’s a task is borderline insulting – not only did you not achieve what you set out to do, but now you get to clean up the mess too!

Everyone Makes a Mess

In 1856, while on Easter Break from the College of London, William Henry Perkin immersed himself in chemistry experiments. Born in a family where the father was a prosperous builder, he caused disappointment for his father who couldn’t see how chemistry would ever turn into a lucritive career. This disapproval helps to explain why William conducted his experiments in a crude laboratory – ran out of his apartment.

Not allowing his father’s disapproval to dampen his spirits, William spent Easter Break focused on a lofty goal – attempting to synthesize quinine.

Quinine is a natural substance that was very expensive to cultivate from the bark of a Cinchona tree. This bark was less than tasty, however it was widely sought after because it effectively treated malaria symptoms.

This dichotomy of having a high demand and low supply made Quinine a hot commodity. The ability to make quinine in the laboratory – also known as ‘synthesizing the substance’ – became an intellectual race to fame and would eventually become a milestone in the history of organic chemistry.

Supported by his mentor at college, William took to his laboratory and was determined to create the first total synthesis of Quinine. Using coal tar he set to work and performed experiment after experiment in his tiny apartment.

All those messy experiments failed.

Sad day for William – but he had to do what we all have to do, and clean up his failures.

One day, after yet another round of failures, William resigned to cleaning up so he could start a fresh round of experiments the following day.

This is when he noticed something spectacular.

The rag he used to clean up his equipment was no longer plain and white, but a brilliant shade of purple.

So You Need to Fail Spectacularly

Sensing opportunity – and now gaining the disapproval of his collage mentor – William focused on the dirty rag and discovered the vibrant color did not fade when he attempted to wash it out. Nor did the brightness of the purple diminish when it was left in the sun.

At this time only royalty could afford to wear purple clothes because the only natural source of purple dye came from the glandular mucus of certain mollusks. In other words, rich people wore clothing dyed with snot from a not-so-common sea creature.

William may have had a knack of disappointment, but he also possessed the ability to see opportunity in failure. What started out as cleaning up after failing at work quickly became an contribution to a burgeoning faction of chemistry – organic chemistry.

In August of 1856, a few months after dying his lab rag, he filed for a patent of the first synthetic dye – mauveine (today commonly known simply as “mauve”). In 1857, still against his mentor’s wishes but now with the support of his father, Perkin open his factory at Greenford Green. This became the lucrative business that Perkin’s father dreamed of his son running.

Admittedly, most of us are not cleaning up coal tar residue in our offices (I hope) but the point behind William’s story is you need to be open to seeing opportunity in what the untrained eye would consider failure. If he had tossed the rag after mopping up his failed experiments, he wouldn’t have refined the first synthetic dye, opened up a company at the age of 18, and been inspired to create additional synthetic dyes that built a very successful business – so successful in fact William retired when he was in his thirties.

This also means we get to wear purple clothing that is not dyed from sea creature snot which – aside from the gross factor – is much better for the environment.