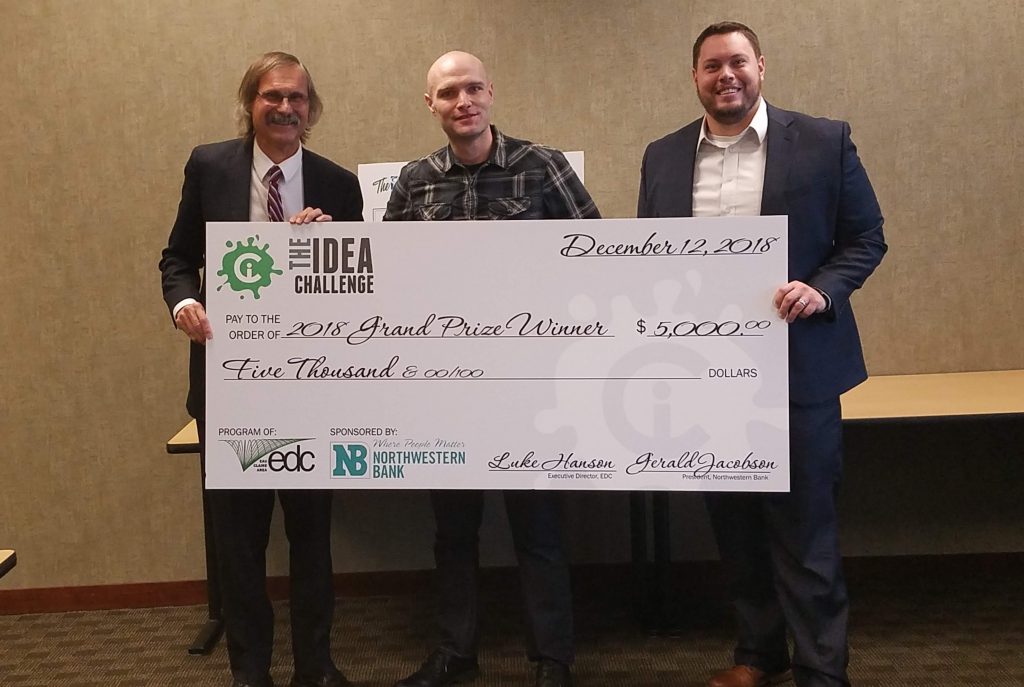 Fixity, an idea submitted by Andrew Niese for an app to report and manage issues within a city, was awarded the 2018 Idea Challenge Grand prize of $5,000 towards reimbursable business expenses to move his idea into the local marketplace. Niese explained that he came up with the idea after he took up running:

“Fixity started shortly after I took up running a couple years ago. I’d keep noticing things like overgrown branches blocking the sidewalk, and dangerous crosswalks. When I tried calling the city, sometimes it was tough to reach the right people or describe exactly where the issues were, so I thought maybe this was something that software could help with.

“I think a lot of people want to be proactive in helping shape their neighborhoods and making them better places to live. Fixity is about helping them do that and helping cities to respond effectively.”

Launched by the Eau Claire Area Economic Development Corporation in 2007, the Idea Challenge has been supporting local entrepreneurs and innovative thinkers within our community for over a decade. In 2011, thanks in part to the added contribution of the Idea Challenge’s sponsor Northwestern Bank, the Idea Challenge was able to offer cash awards and reimbursements to aid some of the applicants in advancing their idea.

When asked what the next steps are for Fixity, Niese said “We’re doing a limited beta test now, so next we want to reach out to more cities and expand that. Marketing will be a big thing. If I can find help to increase awareness and outreach, that will free me up to focus on product development. The Idea Challenge prize money will really help with that.”

Fixity was presented alongside four other ideas that had been submitted to the contest throughout the year. The five Idea Challenge finalists that presented for the $5000 Grand Prize – in no particular order – are as follows:

“The Idea Challenge has again given many budding entrepreneurs a chance to showcase their ideas of future businesses. The breadth and creativity of their ideas shows that our community is vibrant and growing. I am sure that some of these ideas will blossom like previous year’s winners and contestants whose businesses are evident thru out the Eau Claire area.”

Through the Idea Challenge, dozens of ideas have been assisted into the local marketplace. Some notable examples include: 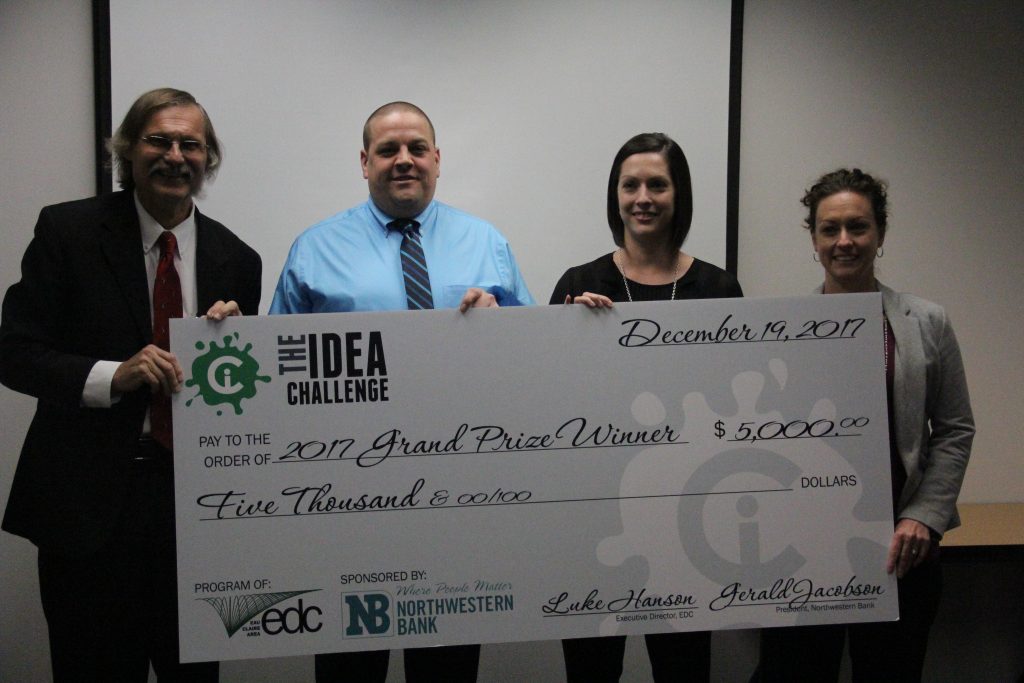 Products from these Idea Challenge applicants, as well as many, many more, are being sold throughout the nation. As explained by Jacobson,

“I feel that the Idea Challenge gives the push for someone to take their idea from the kitchen table and make the idea a plan, which has benefited the entire community in new business startups.”

Submit your idea online at www.theIdeaChallenge.com!