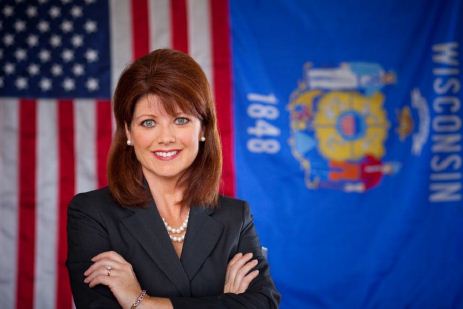 Widely credited for coining the phrase, “Wisconsin is Open for Business,” Rebecca played a key role from day one in business growth and retention for Wisconsin – cold-calling Illinois businesses that, in turn, relocated to Wisconsin, and nimbly responding to businesses looking for support.

Rebecca serves as Wisconsin’s “Jobs Ambassador” and spearheads the Governor’s Small Business Summits and Tax Reform Roundtables. She chaired the Governor’s Sub-Cabinet on Workforce Investment, which developed the “Wisconsin Working” plan to connect the unemployed to jobs, encourage the hiring of veterans, and address Wisconsin’s graying manufacturing workforce. Rebecca serves as an economic development liaison and advocate for small business owners and chairs the Task Force on Minority Unemployment for the Wisconsin Council on Workforce Investment and the Manufacturing Committee for the Aerospace States Association.

Luke Hanson, Executive Director of the EDC, will share highlights of the EDC’s Annual Report. Tim Pabich, President of the EDC Board of Directors, will talk about the 2016 outlook for the EDC. The luncheon will also feature the presentation of the Paragon Economic Impact Award. Annually nominations are taken for local businesses that are models of economic development excellence – through business expansion and development, job creation, innovation, etc.

To Reserve Your Seat: